Logrus IT has had its own office in China for five years now, and we’ve been working with China for even longer. We’ve learned a lot about our Asian partners during this time, and we’d like to share our experience with you. Since business is a long, complex process of establishing relationships, we’ll start with a crucial aspect of these relationships: business etiquette.

So what is etiquette? The term brings to mind the definition from elementary school: rules for how a person should behave in society. However, there’s actually something more hiding behind formulas of politeness refined by body language and dress code. Etiquette is a code we use to tell the person we’re talking to, «I respect you and am trying to show you this with my behavior.»

In a business context it is especially important for this code to be comprehensible to everyone involved. If everyone is from the same culture, things aren’t so bad -their ideas about beauty in general and polite, respectful behavior will at least partially coincide. But when it comes to cross-cultural communication, things get more complicated.

In this article we’re going to give you eight tips that will help you master the code of respect assumed by representatives of Chinese business. 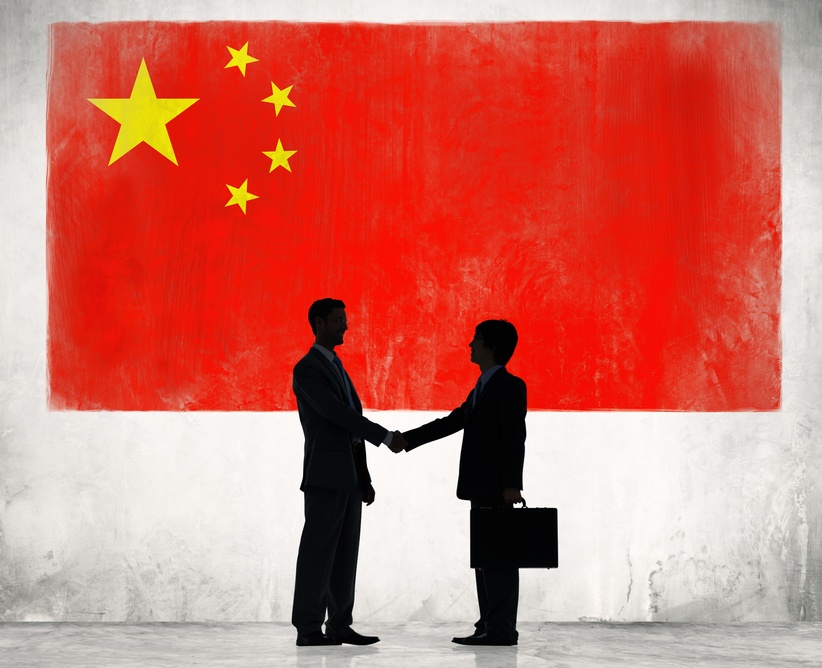 Just imagine you’re trying to establish collaboration with a major Chinese company and are planning your first business meeting.

1. Start with «guanxi» to earn your first trust points

Guanxi (关系, «connection, relationship») is a term that describes the magic of Chinese relationships. It’s a whole system of trust-based connections that assume the willingness of both parties to assist one another. You might call it «social capital." Guanxi is the foundation of Chinese business. Chinese businesspeople don’t want to go into business with complete strangers, so before you can get a meeting with a representative of a company that interests you, get in touch with an intermediary who can introduce your company in advance and put in a good word for you.

2. Prepare carefully (what a twist!)

Needless to say, you should prepare for every meeting, but in China it’s important to prepare well ahead of time. Schedule the meeting several months in advance and discuss the meeting’s agenda and goals. Keep working on your guanxi — send your potential partner detailed information about your company translated into simplified Chinese (unless you’re going to Taiwan, Macao, or Hong Kong, where the traditional writing system is widespread). Chinese people are very attentive to detail and will expect the same painstaking approach from you. Carefully study the company you’re interested in and make sure the meeting won’t fall on a holiday. Send a list of what you’ll need for the presentation, etc. And don’t forget about gifts! This is a very important component of Chinese business relationships. You should give them something a Chinese person would never buy in their own country, something unique and exotic. And make sure you hand them the present with both hands — this goes for your business card too. We’ll talk more about this in the next tip.

Your business card should be translated into Chinese (simplified as well). As we mentioned earlier, you should always give and accept a business card with both hands. The first business card goes to the person with the most senior title. If you haven’t had time to figure out who’s who yet, start with the oldest person in the room — and don’t guess wrong. When you get a business card from a Chinese colleague, inspect it to show your respect, and only then put it on the table or in your business card holder (never, ever put it in your pocket!). 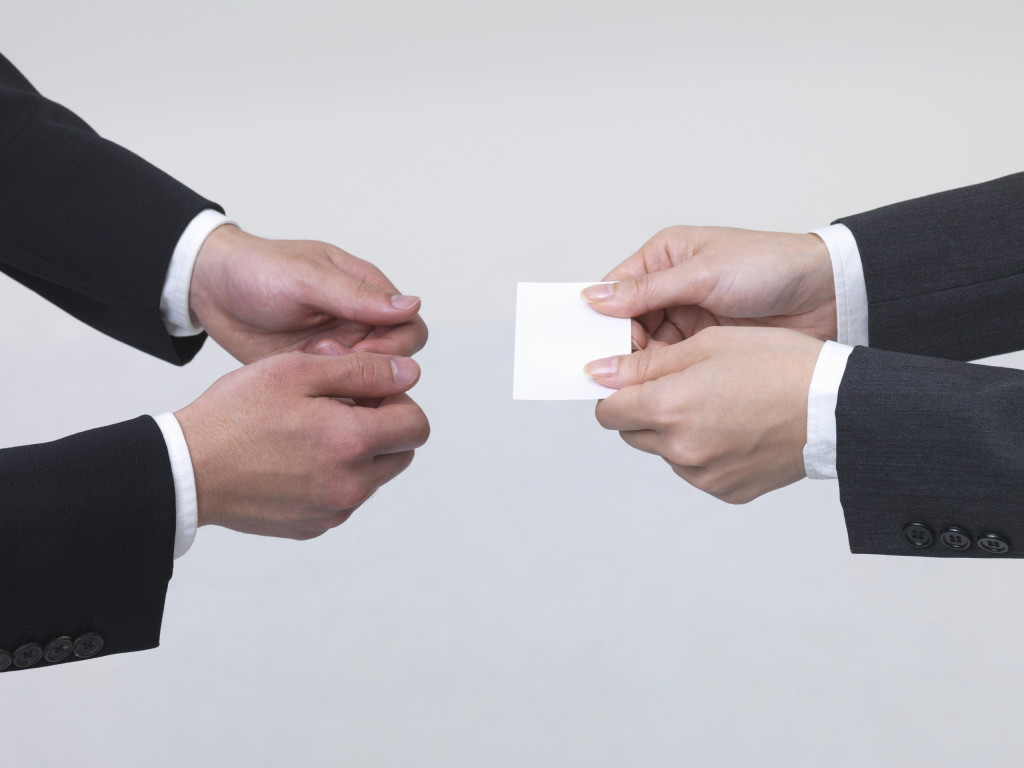 4. Bow or shake hands? Let the other person decide

The traditional form of greeting in China is a bow. However, shaking hands is also widespread nowadays (although Chinese people don’t shake hands as hard as Westerners do). To avoid making your new acquaintance uncomfortable, let them decide whether you’re bowing or shaking hands.

Since we’ve started talking about body language, we should share a very important rule with you: don’t point. Pointing is considered rude in some Western countries, but in China they have a special gesture you should remember: indicate something by gesturing at it with your hand facing palm-up.

Before we move on to the finer points of interaction (we can’t neglect them, can we?), we should note that you need to be careful with your gestures in general — don’t slap a Chinese person on the shoulder, don’t hug them, and don’t take them by the hand. Always keep your distance.

Even if you’ve made a firm decision to refuse something to a Chinese colleague, don’t say «no» outright. Say «I’ll think about it," «maybe," «I’m not sure," or something else equally neutral and non-committal. Don’t worry, they’ll understand what you really mean. But just saying «no» outright simply isn’t done in China — it’s considered rude. 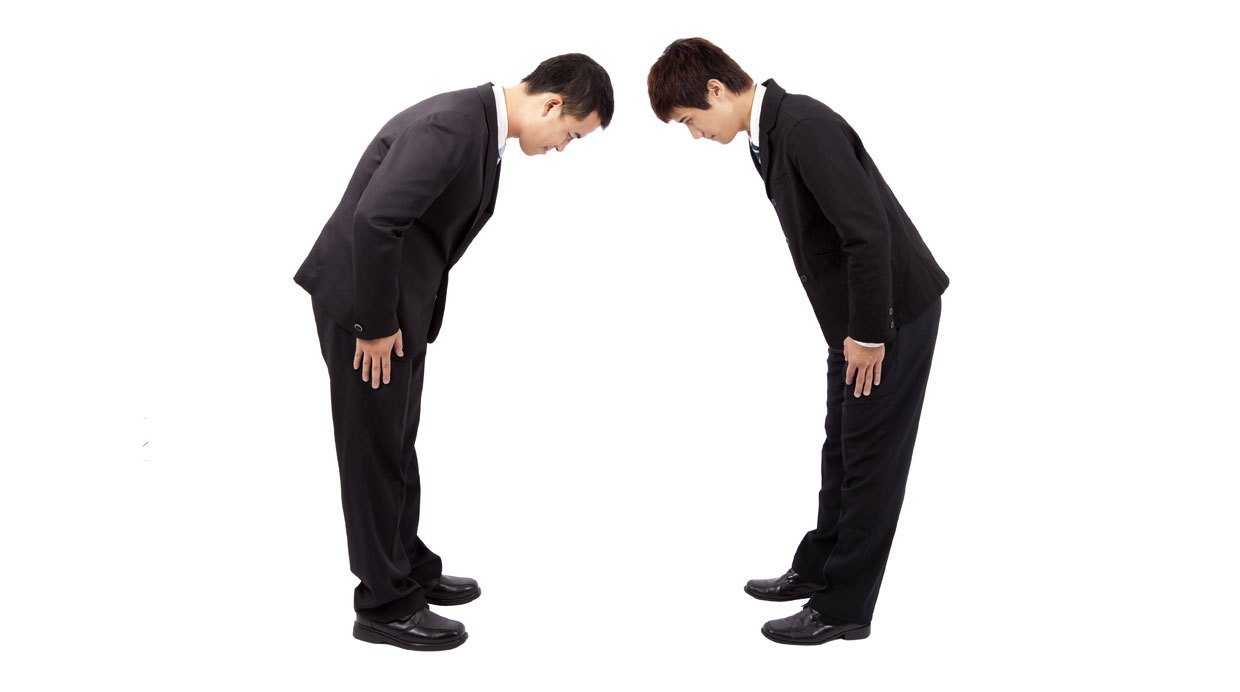 Don’t start calling a Chinese colleague by their first name until you’ve established a closer, more friendly relationship or they ask you to do so. Until then, only address them by their title and last name.

And now for the last, and perhaps most important, rule.

Remember how important trust-based connections (guanxi) are for Chinese people and how attentive they are to detail? Because of this approach, making important decisions and establishing partnerships can take a significant amount of time. Chances are, your colleague will schedule a couple more meetings and invite you to dinner (yes, yes, business dinners play a very important role, but this is a topic for another day). To make a long story short, don’t expect your deal to be approved the next day, especially if you’ve been talking to, say, a middle manager rather than a high-ranking executive. You see, things are done according to a very strict hierarchy in China. Until someone capable of making decisions is involved in the negotiation process, they won’t move forward. Try to be understanding of this.

We hope these tips will help make your interactions with Chinese partners more pleasant and productive. Good luck!